4 Ways Dogs Might Be Able to Sniff Out Disease

Who says you can’t teach an old dog new tricks? With 40 times as many receptors in their noses as humans have, dogs are being trained to detect a myriad of diseases. We’re not anywhere close to drafting canines as medical assistants, but they are showing promise in some arenas. Here are some examples.

Dogs are used to sniffing pee — and that habit may actually have medical benefits. Researchers spent eight weeks training five Labrador and golden retriever dogs to identify infected urine, and then let them loose on hundreds of mostly female samples. The dogs were able to detect samples contaminated with four different bacteria with at least 90 percent accuracy.

Nearly two dozen people claim to be able to identify Parkinson’s by smell,Scientific American has reported, and that’s led some to speculate that dogs could be trained to do the same. This is very preliminary — scientists don’t even know yet exactly what the humans are smelling, but research into that very question is ongoing.

Anecdotally, dogs have been known to detect low blood sugar, but it’s unclear how they do so, or whether they may be able to offer systematic help to diabetics. Still, various groups are trying. Dogs4Diabetics, a nonprofit based in California, has for years been training dogs to detect subtle changes in a person’s smell associated with low blood sugar, according to WebMD, and Lions Foundation of Canada is trying to do the same thing. Still, file this in the highly experimental category.

This is the big one. It’s been shown repeatedly that dogs can smell cancers — including bladder cancer, breast cancer, colon cancer, and skin cancer. And they might be able to do it more accurately than conventional tests. Italian researchers trained two German Shepherd explosive detection dogs — named Zoe and Liu — to detect cancerous urine. Once trained, they got it right 95 percent of the time, making them more accurate than the prostate-specific antigen test used to screen for prostate cancer. A Labrador retriever trained in scent detection was able to identify colon cancer in both breath samples and stool samples with high accuracy. But much more work is needed, as dogs haven’t done as well on more rigorous tests in some cases… Read More>> 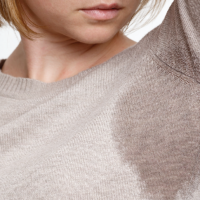