A large analysis of current research shows that people who eat at least 20g of nuts a day have a lower risk of heart disease, cancer and other diseases.

The analysis of all current studies on nut consumption and disease risk has revealed that 20g a day – equivalent to a handful – can cut people’s risk of coronary heart disease by nearly 30 percent, their risk of cancer by 15 percent, and their risk of premature death by 22 percent.

An average of at least 20g of nut consumption was also associated with a reduced risk of dying from respiratory disease by about a half, and diabetes by nearly 40 percent, although the researchers note that there is less data about these diseases in relation to nut consumption.

The study, led by researchers from Imperial College London and the Norwegian University of Science and Technology, is published in the journal BMC Medicine.

The research team analysed 29 published studies from around the world that involved up to 819,000 participants, including more than 12,000 cases of coronary heart disease, 9,000 cases of stroke, 18,000 cases of cardiovascular disease and cancer, and more than 85,000 deaths.. Read More>> 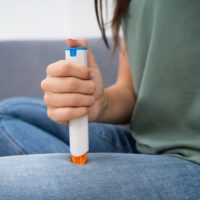