We are a coalition of humanists, parents, women’s groups, survivors, academics, and activists campaigning against commercial objectification of human beings who are concerned with the normalisation of “sex robots”. These technologies are developed and backed by academic and business robotics and Artificial Intelligence (AI) communities who have to date, the loudest voices shaping the policy direction about the benefits of sex robots while largely ignoring the potentially dangerous effects on women, men, and children.

The Campaign Against Sex Robots (CASR) was launched in 2015 to draw attention to the new ways in which the idea of forming ‘relationships’ with machines is becoming increasingly normalised in today’s culture. Sex robots are animatronic humanoid dolls with penetrable orifices where consumers are encouraged to look upon these dolls as substitutes for women (predominantly), and they are marketed as ‘companions’, ‘girlfriends’ or ‘wives’. At a time when pornography, prostitution and child exploitation is facilitated and proliferated by digital technology turning it into a global profitable industry; these products further promote the objectification of the female body and as such constitute a further assault on human intimacy. 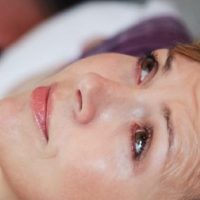