Breastfeeding reduces child obesity risk by up to 25%, WHO finds

Breastfeeding can cut the chances of a child becoming obese by up to 25%, according to a major study involving 16 countries.

World Health Organisation (WHO) experts who led the Europe-wide research are calling for more help and encouragement to women to breastfeed, as well as curbs on the marketing of formula milk which, said senior author Dr João Breda, misled women into thinking breast was not necessarily better.

“We need to see more measures to encourage breastfeeding, like properly paid maternity leave,” said Breda from the WHO European Office for Prevention and Control of Noncommunicable Diseases.

“We need less inappropriate marketing of formula milk, which may lead some mothers to believe it is as good for babies as breast milk.”

The research found more than 77% of children across Europe were breastfed, but rates varied widely. In Ireland, 46% of mothers had never breastfed and in France, that was nearly 34%. WHO recommends that women should exclusively breastfeed for six months, if they can.

The data came from nearly 30,000 children monitored as part of the WHO Childhood Obesity Surveillance initiative (Cosi). Launched in 2007, Cosi is continuously being updated and now receives data from about 40 countries on children aged six to nine – though not the UK, which measures children in school at around aged four and 11.

UK breastfeeding rates are low. Although 81% of mothers in the UK begin to breastfeed, by six weeks that has fallen to 24% in England, 17% in Wales and 13% in Northern Ireland according to the latest data, from 2010. By six months, only 1% are exclusively breastfeeding, although 34% are still doing some breastfeeding. 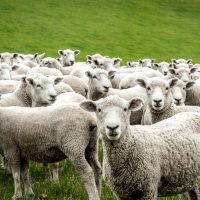 Throughout the era of modern medicine, animals have been used extensively to develop and test therapies before they ...
Read more