How Australia can fix the market for plasma and save millions

Australia’s demand for plasma, a component of blood that transports nutrients, is rapidly outpacing domestic supply. This means enormous quantities of plasma must be imported from overseas, where donors are paid for donating.

These two factors limit the domestic supply of plasma, is unjust for Australian donors and makes domestic collections financially burdensome.

Australia needs a competitive market that pays plasma donors. This would address the injustice to Australian donors and potentially save taxpayers over A$200M annually.

Plasma is used for people suffering from burns, shock and other medical emergencies and its components are used to treat rare chronic conditions.

Donating plasma takes up to one and a half hours, including around 45 minutes “needle-in” time. During this time, blood cycles through equipment that separates plasma from other blood parts, which are returned to the donor. 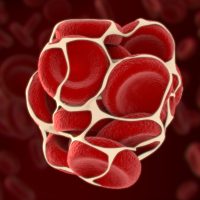 NOACs – surgery and everything else

If you work in a truly general general practice you will no doubt be familiar with this scenario. ...
Read more