How Japan is Harnessing IoT Technology to Support Its Aging Population

If you’re a diabetes patient in Japan, the gods may be watching over you. The country is struggling with rising numbers of diabetics, but a novel approach to managing Type 2 diabetes mixes a bit of psychology with Internet of Things (IoT) devices, as well as seven lucky gods from Japanese folklore. It’s part of a broader trend in which Japan is deploying cutting-edge technology to grapple with an aging population.

As developed countries around the world cope with demographic changes, Japan is in a position to lead the way. It has a rapidly greying society, a wealth of high-quality health data, and novel approaches to using that data and the latest technology to improve the lives of its citizens.

Some 10 million adults in Japan are suspected of having diabetes, according to a 2016 survey by the Ministry of Health, Labour and Welfare. The survey of 11,000 adults from about 24,000 households chosen at random yielded a result that was 500,000 higher from the same survey in 2012. Some 6.9 million Japanese were suspected of having the disease in 1997. According to a 2015 study of 160,000 Japanese adults that was published in the Journal of Diabetes Investigation, researchers at centers in Japan and overseas concluded that “a substantial increase in diabetes prevalence is expected in Japan during the next few decades, mainly as a result of the aging of the adult population.”

“Japan is a super-aging society and many older people don’t know how to take care of their health,” says Kohjiro Ueki, director of the Diabetes Research Center at the National Center for Global Health and Medicine (NCGM) in Tokyo. “It’s still unclear to what extent we can get them improve their blood glucose levels. However, Japan is most likely leading other countries on this issue.”

Costs associated with the disease are growing. Some 16,000 people are newly put on hemodialysis annually, and the total increase in the cost of hemodialysis due to diabetic kidney disease is 8 billion yen ($70 million) every year, according to Ueki. The silver lining, however is that diabetes can be managed effectively with lifestyle changes. To rein in both the financial burden and the progression of diabetes, Ueki and his colleagues launched a randomized controlled trial called Prevention of Worsening Diabetes Through Behavioral Changes by an IoT-based Self-Monitoring System in Japan (PRISM-J).

Managing diabetes with the gods

Diabetes patients participating in the study measure their weight, activity level, number of steps taken, and blood pressure on a daily basis. To do that, they’re using blood pressure monitors, pedometers and body composition monitors that send the data to their smartphones and an app called Shichifukujin (The Seven Deities of Good Luck). Kazuyo Tsushita, director of the Comprehensive Health Science Center at the Aichi Health Promotion Foundation, developed the app and took inspiration from Japanese mythology. Known to all Japanese, the seven gods are responsible for seven aspects of the program, including the self-reporting of eating habits and sitting times. Fukurokuju, the god of wisdom and longevity, oversees data recording; Ebisu, the god of wealth, crops and food, watches over step counts; Bishamonten, the god of fortune and war, looks after physical activity; Daikokuten, the god of commerce and prosperity, is in charge of diet; Hotei, a guardian of children, is responsible for body weight; Jurojin, the god of the elderly and longevity, looks out for blood pressure; and Benzaiten, the goddess of wisdom and a patron of artists, oversees the patient’s total performance. 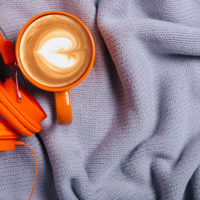 Tune in to our type-2 diabetes mini series hosted by Dr David Lim.

Featured on the Clinical ... 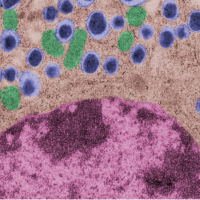 The object of this article is to assist the readers to make simpler Type 2 Diabetes management choices ...
Read more