The rising cost of medicines may be a growing problem for many Americans, but a new survey finds that cost is generally not a key factor when doctors decide which treatments to prescribe their patients.

Among six different types of doctors queried, only primary care physicians cited cost as among their most important considerations. Forty-seven percent ranked the issue as a key concern, behind evidence that a drug is safe, effective and well-tolerated.

The various specialists – oncologists, cardiologists, neurologists, dermatologists and pulmonologists – also named these attributes as the most important issues to consider. But cost was much less of a consideration compared with 10 other concerns that were cited, according to the survey CMI/Compas, a market research firm that queried more than 800 doctors last June.

Why is there such a difference between the primary care doc and the specialists?

“This is likely because of the nature of the visit with the primary care doctor and what that may entail,” explained a spokeswoman for the research firm. “Imagine you’re a primary care physician who needs to keep track of a huge range of potential diagnoses and cures. You have a patient complaining of persistent GI issues. Could it be a food allergy, constipation, Crohn’s disease?  It’s likely you’d want to start by prescribing a lower-cost medication addressing the most likely culprit.”

“There may also be pushback from the patient who may feel concerned about cost, more so than a patient with a chronic or life-threatening illness,” she added.

Of course, this is reflects a certain amount of speculation. Nonetheless, the findings suggest that many physicians remain more concerned with finding the best medicine for the ailment at hand, as they should. But this will also place more of the onus on patients to talk to their doctors about affordability when reviewing treatment options… Read More>> 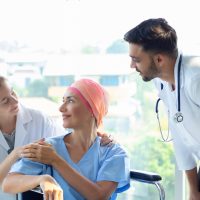