When little kids need to get a painful injection, music therapy can help them get through the procedure, a new study suggests.

“Although it certainly won’t eliminate a child’s pain or distress, using music to distract them could help them focus less on the pain, which can improve their perception of getting shots,” said Olivia Yinger, the study’s author and a music therapist from the University of Kentucky in Lexington.

Past research has found that music significantly reduces pain and anxiety during medical procedures.

The new study, conducted at three healthcare facilities in 2011 and 2012, involved 58 kids, ages 4 to 6 years, along with 62 parents and 19 nurses who administered the shots.

Yinger randomly assigned 29 children and their parents to have a music therapist present for the immunization, while the kids and parents in the other group received traditional care, according to the report in the Journal of Music Therapy.

At the start of the visit, during the procedure, and afterward, kids and their parents were encouraged to join the music therapist in singing along to children’s songs and playing instruments that were provided… Read More>> 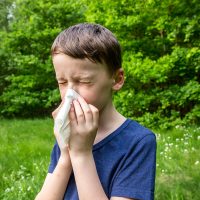