Passengers on a flight from Melbourne to Christchurch on 19 March were exposed to measles, New Zealand authorities have said, as more cases emerge on both sides of the Tasman.

A passenger who arrived in Christchurch on Virgin Australia flight VA99 from Melbourne has been confirmed as having been infectious, adding to the total of 35 confirmed cases for the Canterbury region of New Zealand.

Passengers who had not been fully immunised were advised to consult their doctor and to stay at home in isolation until at least next Tuesday.

Canterbury’s medical officer of health, Dr Alistair Humphrey, said they should also inform anyone else they had subsequently been in contact with.

“If you were on this flight and aren’t fully immunised against measles, you should also call anyone you have been in the same room with today to let them know that they too have been exposed to measles,” he said. “This new secondary set of contacts will need to remain isolated for 14 days unless they are fully immunised.”

In a separate case, a young man is being treated for the infectious disease in a Melbourne hospital after flying from Brisbane via Canberra on Thursday morning. 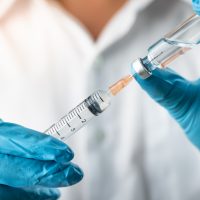