Australian manufacturers are falling into line with the US Food and Drug Administration’s ban of antibacterial washes, despite there being no change to TGA regulations in Australia.

Four local manufacturers – Aldi, Woolworths, Colgate-Palmolive and Reckitt Benckiser – have confirmed that they will eliminate the chemicals that have been outlawed in the US within 12 months, according to ABC News. Another, Johnson & Johnson, is also exploring options to reformulate Gamophen medicated soap, an acne treatment that contains the chemical triclosan.

In September, the FDA ruled that antiseptic wash products containing any of 19 active ingredients, including triclosan and triclocarban, could no longer be marketed in the US.

US manufacturers have one year to comply with the new FDA rule but many have already begun removing the chemicals from their products. Hospital use of antibacterial products is not affected by the ruling.

The use of these antibacterial ingredients is legal in Australia, but the TGA is currently reviewing whether any action is needed.

Infectious disease experts have praised the FDA’s decision, arguing that antibacterial soaps increase antibiotic resistance, disrupt hormones and may cause cancer in mice.

“I’m really surprised that the US has done this, because there must have been a lot of pressure from commercial entities,” said microbiologist Professor Liz Harry from UTS.

“I think this is fantastic. I applaud it.” Professor Harry called for a similar ban to be enforced by the TGA… Read More>> 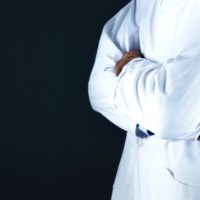