The 30-second chat that can trigger weight loss

Doctors who spend 30 seconds telling patients they need to lose weight can have a dramatic impact, a study shows.

Some people, who had no intention of shedding the pounds, lost 10% of their body weight after being offered a free weight-loss programme.

The University of Oxford researchers said the 30-second chat would have a huge effect if every GP did it.

The findings, published in the Lancet, showed that patients were not offended by the advice.

“More than any other person, your doctor can bring up the question of weight, it is not like telling your wife she’s overweight,” said Paul Cooper who took part in the trial.

He was going for a normal appointment in Northampton, when his GP told him that weighing in at 98kg (15st 6lb) was unhealthy.

Paul was one of 2,728 severely overweight people who were involved in the trial.

All were seeing their doctor for another health condition when the GP said something like: “While you’re here, I just want to talk about your weight.”

Half were offered a free place on a weight-loss programme like Slimming World or Rosemary Conley.

Only four in 10 actually turned up, but nonetheless a quarter of patients initially offered a place lost 5% of their original weight and around one-tenth had lost 10% of their weight after a year… Read More>> 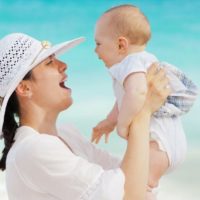 Up to 90% of Australian infants, aged six to twelve months have a dietary iron intake that ... 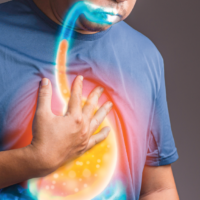 Over the Counter Treatments for Reflux Symptoms

This article looks at the various non-prescription medicines used to treat reflux, their mechanisms of action and their ...
Read more