Volunteering Later in Life Can Enhance Mental Health and Wellbeing

However, the study which is published in the BMJ Open online, found these effects did not apply before the age of 40, suggesting that the association with volunteering may be stronger at certain points of the life course. The results also point to the need for further efforts to engage middle aged and older people in volunteering activities.

The original Survey, which ran between 1991-2008, asked a range of questions on leisure time activities including the extent of formal volunteering. The Survey also included a validated proxy indicating mental health/emotional wellbeing known as GHQ-12.

Around 21% of respondents said they had carried out some kind of formal volunteering activity with women tending to volunteer more than men. 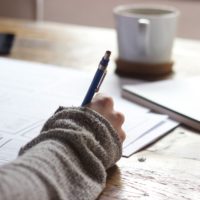 Psychologists have seen a marked increase in referrals for children with possible learning difficulties over the ...