An American company has opted to trial a new experimental cannabis-derived drug on diabetics in Vanuatu as a result of stringent Federal laws preventing the trial in the United States, according to the company’s chief executive.

The company, Phoenix Life Sciences International, was headquartered in the US state of Colorado but relocated their operations to Vanuatu earlier this year to carry out clinical trials.

Current laws in Vanuatu prohibit the cultivation of marijuana, but the company is planning to import the pills from a third party in the meantime as it awaits amended legislation to pass.

In a recent opinion piece in the International Business Times, the company’s chief executive, Australian-born Martin Tindall, argued that the global cannabis industry is set to be worth $US31 billion ($43.2 billion) by 2021.

But he believes the US will be excluded from the market because the Federal Government is “clinging to prohibition”.

“As the founder and CEO [of] an adaptive healthcare solutions company developing cannabinoid-based medicines, I have an intimate appreciation for the effects of federal prohibition,” he wrote.

“Unable to carry out research into cannabis-derived pharmaceuticals for diabetics in the US, we were forced to relocate our first production centre to the Republic of Vanuatu in the South Pacific.”

The ABC’s Pacific Beat program sought to clarify those comments with Mr Tindall, who previously said he chose Vanuatu as the site for the trials because of the country’s diabetes epidemic.

Mr Tindall backed the comments, saying: “Well you can’t produce [it] in the US and export around the world when it is federally illegal.” 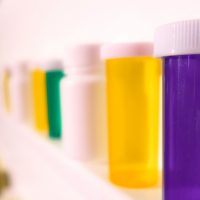 Despite being mooted for many years, active ingredient prescribing arrived in GPs’ script writing software with relatively little ...