Sophie Cousins is an award-winning Australian writer and journalist based in South Asia. Her work focuses on the systems that exacerbate gender inequality and the impact this has on women's and girls' health. She writes increasingly on the intersection of climate change and health, migrant health and issues surrounding sustainability.Her short and long-form work has appeared in the Guardian, the New York Times, Foreign Policy, Mosaic Science, the Lancet, British Medical Journal, the London Review of Books, New Scientist, Nature, NPR, Caravan, the Atlantic, BBC, Lenny Letter and NewsDeeply, among other publications. She is the author of a forthcoming book on women's health in the region, which will be published in autumn 2019. She has reported from more than 20 countries across Asia, sub-Saharan Africa, Central America, Europe and the Middle East. Her work has been translated into several languages. She has received multiple reporting fellowships from the United Nations Foundation and the National Press Foundation. She is a grantee with the South Asia Journalists Association and the International Reporting Project. She was part of the Fuller Project's 2018 Global Women's Issues Reporting Team and a fellow at Health Systems Global. Sophie is a journalism mentor at the Coalition for Women in Journalism. In 2018 her joint long-form piece on female migrant domestic worker abuse in the Gulf was awarded first prize from the International Labour Organisation for quality reporting on labour migration. In 2019, her long-form piece antibiotic resistance received a ‘Highly Commended’ award from the Medical Journalists’ Association for sexual health journalism. Sophie also works as a public health consultant for various United Nations’ agencies. She is currently working as a technical consultant for the World Health Organisation’s South-East Asia Regional Office. She graduated in 2016 with a Masters of International Public Health from the University of Sydney. Throughout her degree she worked with a team of doctors on several academic papers about disease outbreaks in Nepal following the 2015 earthquake. She also studied journalism at the University of Technology, Sydney and international studies at the University of Sydney. 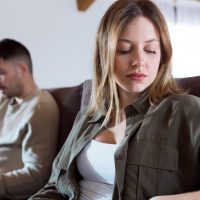 Time Is Running Out to Contain Gonorrhoea

Mark King has had the clap so many times he’s renamed it ‘the applause’. The first time King had ... View more
Sophie Cousins | 20 June 2018
To save resource for later, login or sign up as a Healthed member
From The Web
No resources.