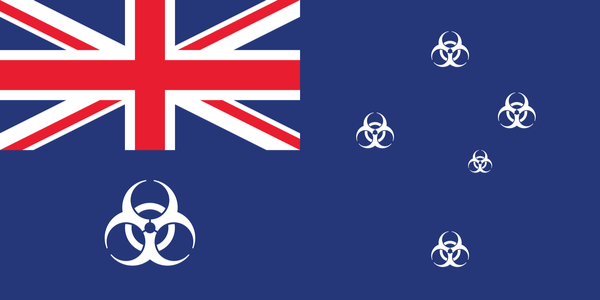 Eliminating COVID-19 too big an ask

Scott Morrison has made clear his view that any attempt to eliminate COVID-19 entirely in Australia would carry too high an economic cost, while Chief Medical Officer Brendan Murphy says such an aim would require “very aggressive” long-term border control.

The national cabinet will soon receive advice from its medical experts on various scenarios for the way ahead, but the Prime Minister, speaking at a joint news conference with Murphy on Tuesday, effectively ruled out the most ambitious.

New Zealand is trying for elimination, but has had to go into a stringent lockdown to pursue it. Elimination was the policy adopted in the source of the virus – Wuhan in China.

Morrison has been focused throughout on achieving a balance between health and economic considerations, summed up in his mantra that it is all about “saving lives and saving livelihoods”.

Murphy was asked, in light of Australia so far having a relatively limited number of cases, what would be the advantages of trying to eliminate the virus altogether.

He said that was one of the options available but the issue was “then you don’t have any immunity in the population and you really have to control your borders in a very aggressive way and that might be for a long time.”

“What is clear about the way countries are responding to this virus is that there is no clear right answer. There are lots of potential paths.”

He said national cabinet had asked its advisers, the Australian Health Protection Principal Committee, to produce a range of scenarios. “The good thing is that we can do that now in a position of relative calm,” he said.

Currently, the strategy was to identify, control and isolate all cases.

“That may be the long-term strategy. But we have to look at all of those potential options. There is no clear path.

“Unlike pandemic influenza, where the strategy was to control and contain until the vaccine came, because we knew the vaccine would come, we don’t know if and when a vaccine will come with this virus. If it does, that’s a beautiful way out. So, we have to look at a range of different potential scenarios. … But there is no single right answer.”

Morrison added to Murphy’s answer, stressing the national cabinet “has to also consider the ability to actually continue to run the country under such a scenario”.

He said “the economic lifeline” of measures being provided had “a finite life”.

Obviously if a scenario involved a timeline beyond all the governments’ capacity to support it, “that would render such an option not workable”.

Asked what proportion of the population would need to have developed immunity before the situation could start returning to normal, Murphy said there was no benchmark.

“But we don’t know yet, that’s modelled on other viruses, there’s no community in the world that has very high immunity as yet.”

The national cabinet released modelling, done by the Doherty Institute, but it was theoretical and did not include Australian data.

Now that there is a cohort of approaching 6000 Australian cases, modelling on the Australian position will be done in coming weeks and the government says it will be released.

According to the material released: “The initial modelling shows a scenario of an uncontrolled outbreak. In that scenario, peak daily Intensive Care Unit (ICU) bed demand is 35,000, which would greatly exceed Australia’s expanded capacity of 7,000 ICU beds.

The government has been much encouraged by the flattening of the curve of new COVID-19 cases but the next few weeks remain critical, and both Morrison and Murphy implored Australians to abide by the distancing and stay-at-home rules over the Easter holidays.

Although the growth in case numbers has been lowered and most cases have come from overseas or are linked to arrivals, Murphy said “the thing that worries us most of all is the more than 500 people who have acquired this virus from someone in the community that doesn’t know they’ve had it.

“That means that there are people walking around in our communities who can be transmitting this virus without knowing they’ve had it. That is why we cannot relax what we’ve been doing” or “”it could all come undone”.

Morrison said that easing of restrictions – when that happened – could be at a different pace in different parts of the country, with some states watching trials in others.

Tuesday’s national cabinet meeting ticked off on a code for commercial tenancies, which will be legislated at the state and territory level. It applies for small and medium sized businesses.

It provides for rent reductions “based on the tenant’s decline in turnover to ensure that the burden is shared between landlords and tenants.

“The code provides a proportionate and measured burden share between the two parties while still allowing tenants and landlords to agree to tailored, bespoke and appropriate temporary arrangements that take account of their particular circumstances.”

The federal government is waiving rents for small and medium enterprises and not-for-profit tenants in its properties.

Morrison said residential tenancies will be dealt with directly by each state and territory.

On Wednesday parliament – with much reduced numbers – meets to pass the government’s $130 billion wage subsidy package. The government has made some minor changes after representations from the ACTU but has not given any substantial ground.

During the one-day sitting, Labor will move to establish a Senate committee to inquire into all aspects of the government’s response to Covid-19 .

Labor senator Katy Gallagher tweeted: “Australians need the committee to provide transparency, scrutiny and accountability over the huge expenditure of public money as well as significant changes to the way that we’re all living as a requirement of this pandemic and the Government’s response to it”.

Meanwhile it has been confirmed Year 12 will go ahead for students.

Education Minister Dan Tehan said after a meeting with state counterparts that “we agreed that Year 12 students will get a leaving certificate for 2020. There will be no Year 13. There will be no mass repeating of Year 12.

“We want Year 12 students to finish their education and next year go to university, undertake vocational training or enter the workforce.” The ministers will discuss more details on Thursday.