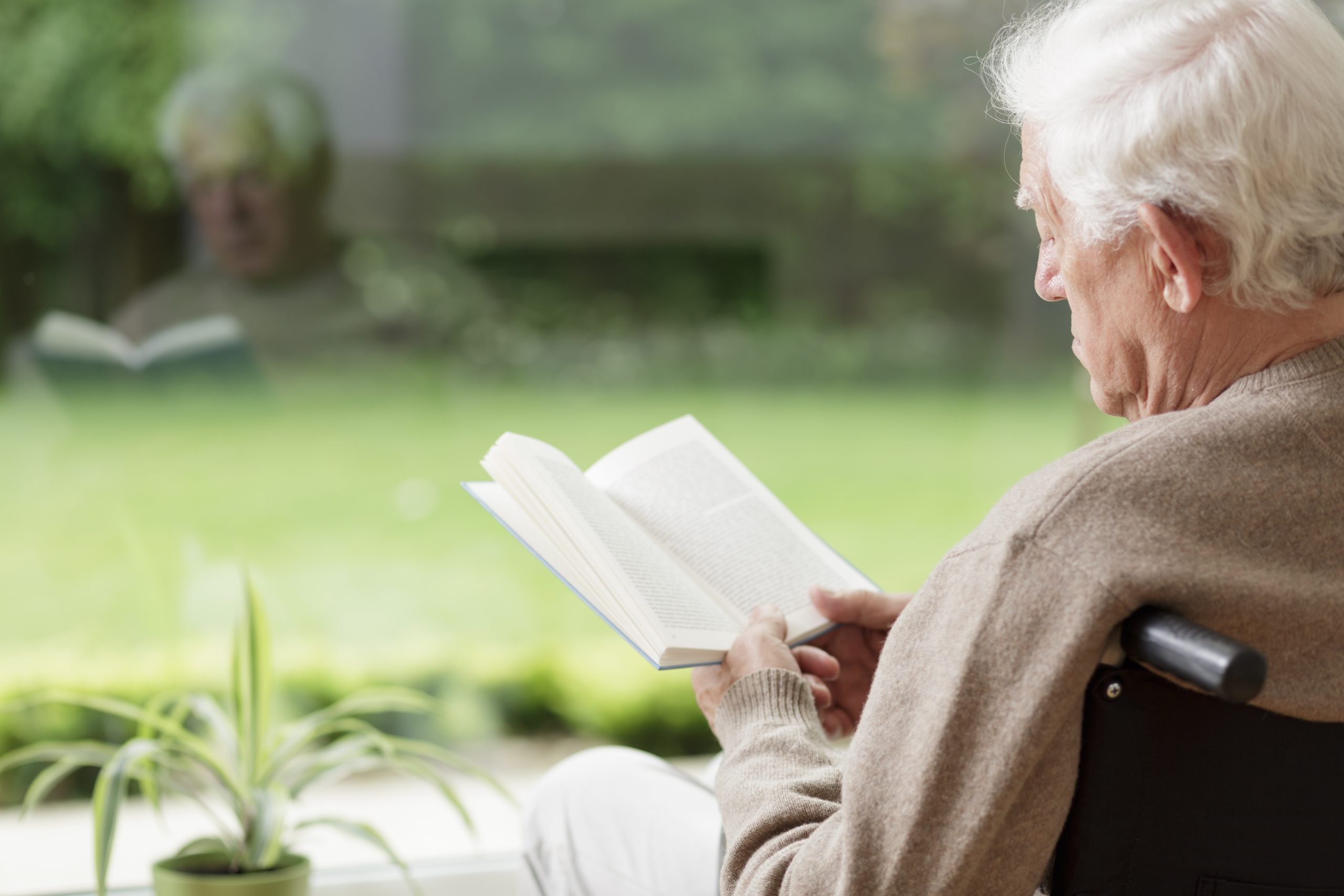 This article is part of our series on the future of aged care.

In the face of the harrowing findings of the Royal Commission into Aged Care Quality and Safety and the COVID-19 crisis, it’s abundantly clear the way we provide residential aged care in Australia needs to change.

Over the past couple of decades, government regulation has failed to keep pace with an increasingly privatised market of for-profit providers.

Successive parliamentary inquiries, productivity commissions and the like have offered many solutions, but few have been adopted. Each time we see a piecemeal approach with adjustments in only one part of residential aged care, rather than wholesale reform.

The greatest failing of our nation in residential aged care is we have the knowledge, skills and capability to deliver a world class system. Yet the abuse, neglect and substandard care continues, largely unabated.

The deaths of residents during the COVID-19 pandemic, as tragic as they are, do not approach the magnitude of neglect and abuse that exists in residential aged care in Australia.

The most damning is the failure of successive governments to address the physical and sexual violence that occurs in residential aged care. It is perverse that they keep an annual tally — in 2018-19, 5,233 assaults were reported — but there’s been no action to deliver systemic changes.

The advent of a new serious incident reporting scheme is lipstick on a pig. There seems to be more concern about the reporting burden on providers and the regulator than the safety of residents.

Residents who aren’t subjected to blatant abuse may still receive substandard care and suffer being over-sedated, falling and fracturing a hip, or developing a large pressure injury.

The provider may receive a notice of non-compliance and little else. It’s the resident who dies prematurely or has a poorer quality of life.

To improve residential aged care in Australia, we first need to address the violation of residents’ basic human rights.

The future of aged care demands an active human rights legal centre to uphold the rights of aged-care residents at policy formulation and in the courts.

Meanwhile, we must hold providers to higher standards. The current system of weak enforcement and inconsequential sanctions must change. Approved providers, their board members and executives should be held criminally culpable for institutional neglect and abuse, similar to what happens in workplaces.

Without substantive consequences, government ministers, their departments, the regulator and providers will not change their behaviour.

Alongside tackling the abuse and neglect, respecting residents’ rights means giving them a say, as well as increasing the accountability and transparency of government and providers.

Residents should be the focus — but they’re not heard

In the first instance, aged care must be designed from the perspective of the person it’s intended to serve — the older person. Residential aged care should be a place where older people thrive, not simply where they go to die.

But currently, residential aged care operates according to what’s convenient for government, aged-care providers, and hospitals.

We saw an example recently at the height of the COVID-19 crisis in aged care, where some residents with coronavirus were denied access to hospital care. In certain instances, these decisions were made regardless of whether remaining in the facility aligned with the resident’s wishes or their best interests.

Aged care operates around, rather than with, the resident. This approach was common in the 1950s when, for example, male general surgeons represented the views of women with breast cancer. Evidently, we’ve come a long way in health care, but not aged care, since then.

Participatory decision-making is a fundamental concept in society generally — an example would be public consultations about urban renewal projects — and in health care specifically. But it doesn’t exist in aged care.

Governments, many peak bodies and advocacy groups claim to speak for residents, but in reality very few do. We make excuses that it’s impossible to include residents because they have dementia, are not interested, or don’t understand what’s required to operate an aged-care home. But this is not necessarily the case.

Models for engaging consumers are readily available, as is guidance for supported decision-making, which enables people with cognitive disabilities to exercise their legal decision-making rights.

Participation must go beyond asking about what flavour of ice cream to serve with dessert. Residents should, for example, be able to influence the selection of staff, sit on the board of governance, and be consulted about the operations of the care home and the whole sector.

Establishing a national group comprised almost entirely of aged-care residents, with the addition of legal and administration expertise, and people who can assist with supported decision-making, would be a positive step. This group would report to federal parliament about funding, policy and practice reforms for aged care.

Residents need someone to be accountable — but they’re stateless

The tragedy of the COVID-19 pandemic laid this bare. Responsibility was offloaded to providers as if residents were property. Any higher accountability was shunted between the regulator and federal and state government. No one was in charge, leading to needless deaths.

We could address this by establishing an Aged Care Ombudsman with powers to investigate the performance of aged-care providers, and hold all levels of government, including the regulator, accountable for their actions and inactions.

A more radical approach would be to reimagine our representative democracy. Perhaps if the 213,397 residents living in aged care could directly elect two members of federal parliament, governments may become accountable.

Residents need transparency — but they’re kept in the dark

Residents and families don’t have access to information to inform decisions about choosing a care home, or to monitor the quality of care.

There’s no detailed financial disclosure about how funding received for an individual resident is allocated to them; nor information about staffing; nor comprehensive performance data about a provider, beyond how many non-compliance notices they’ve received.

Despite a huge number of stakeholders in aged care, government, providers, and peak bodies representing providers continue to resist any effort towards greater transparency.

Two recent examples include failing to pass legislation that would make the staffing levels of aged-care homes publicly available, and installing the national aged care advisory group for COVID-19 without any explanation of the process by which it was formed.

To get a clearer picture of how the government makes decisions critical to resident care and safety, we need to scrutinise the nature and extent of relationships between government, providers and peak bodies.

To this end, we should adopt a national public register of competing interests in aged care like some countries have to address the relationship between big pharma and health professionals.

To further increase transparency, and importantly to give residents and families the information to which they’re entitled, there are a few other things which are long overdue. We should implement:

It will take guts

A world-class system need not be expensive; substantial improvements are possible in the health and well-being of residents with modest increases in funding.

To achieve this, we’ll need to give residents a voice and establish greater accountability and transparency across the sector.

If we can address these issues, then it will be worthwhile taking the next steps to fix the specifics — such as the well-documented staffing issues.

But without these changes, whatever is built will simply collapse again.

Fixing aged care is not conceptually hard. It just takes guts to recognise we haven’t given aged care and older people a fair go, and we must set that right.


Joseph is Head, Health Law and Ageing Research Unit at the Department of Forensic Medicine. He is also an Associate Director with Centre of Research Excellence in Patient Safety and an Adjunct Professor, Australian Centre for Evidence Based Aged Care at La Trobe University, Faculty of Health Sciences.
Joseph is the Clinical Director of Subacute Services at Ballarat Health and a practicing consultant physician in geriatric medicine with research interests in medico-legal death investigation, elder abuse and Dignity of Risk as well as quality of clinical care, performance measurement and patient safety. Joseph has a Fellowship of the Royal Australasian College of Physicians and a Fellowship in Australasian Faculty of Public Health Medicine.

A novel form of treatment has been identified for one of the most common mental health issues globally, ...
Read more