Do you ever feel general practice is just a bit over Covid?

Do you ever feel like everyone who is going to get it has already got it and it’s time to move on?

And what are other practices doing these days in terms of checking staff and screening patients?

Well, a recent Healthed online survey gives us some insight as to where Australian general practice is now in the seemingly endless battle against Covid.

To start with – not ‘everyone has had Covid’. According to the survey of over 550 GPs, just over one in four have actually contracted the infection (27%). And just in case you think it was a biased sample, more than two thirds of respondents were from Victoria or NSW. Interestingly this 27% figure almost perfectly reflects the percentage of the general population that reportedly has been infected which is 25%.¹

For the vast majority of these GPs (89%), Covid infection meant less than two weeks of symptoms (in fact 64% had less than a week of symptoms) but an unlucky 11% of affected GPs had symptoms for three weeks or more which would have had flow-on effects to their practices.

But we all know, the ability to work over the last two years was not entirely dependent on whether or not the GP themself contracted Covid. Being a close contact of a Covid patient could also take a GP out of action. So while only a quarter of GPs in the survey had had Covid, 52% had had to isolate for at least one week at some stage.

Perhaps, given the frontline role general practice has played in the pandemic, the more surprising statistic is that 48% of GPs have not been required to spend any time in isolation.

How did this affect the function of Australian general practices? According to the survey, more than 15% of practices, that’s about one in six practices, had to close for some time during the pandemic specifically because of Covid exposure.

So what’s everyone doing now? Who is checking for what? Let’s start with the screening practices for staff.

Far and away the most common practice now in general practice is not to routinely check but to test staff with a RAT when symptomatic. That’s what’s happening in almost two thirds (64.5%) of practices say the GPs in the survey. And in another 13%, the principle of only testing when symptoms occur is the same but they use PCR. More than one in eight practices (12.5%) are reportedly doing no screening at all, which leaves only 10% doing some form of regular testing mostly with RATS be it daily, every two or three days or weekly.

As for patients it appears only about two thirds of practices (65%) are still screening patients prior to them entering the practice. Of those that are still checking the great majority (92.5%) are asking about recent Covid symptoms but only 30% will check the temperature. Just over half (55%), so that’s half of the 65% that still screen, refuse to see patients with possible Covid symptoms.

Mask-wearing is still popular among those practices who still report screening, with over 80% insisting on it for both staff and patients, but social distancing rules are only enforced in about 60% of these practices.
There is little doubt that the general practice response to Covid, as it exists in the community today, is a rapidly evolving landscape.

In fact, it evolves almost too rapidly to define what should be evidence-based best practice.

It has become a balancing act between the threat of catching the virus (and how big a threat that represents to one’s health) and the realities of delivering essential primary health services to the Australian population as well as running a business.

Maybe, in the absence of a strong evidence base, the best we can do is a consensus of opinion – and maybe this survey will contribute to that. 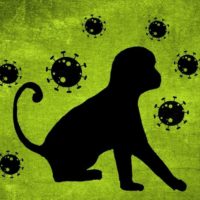