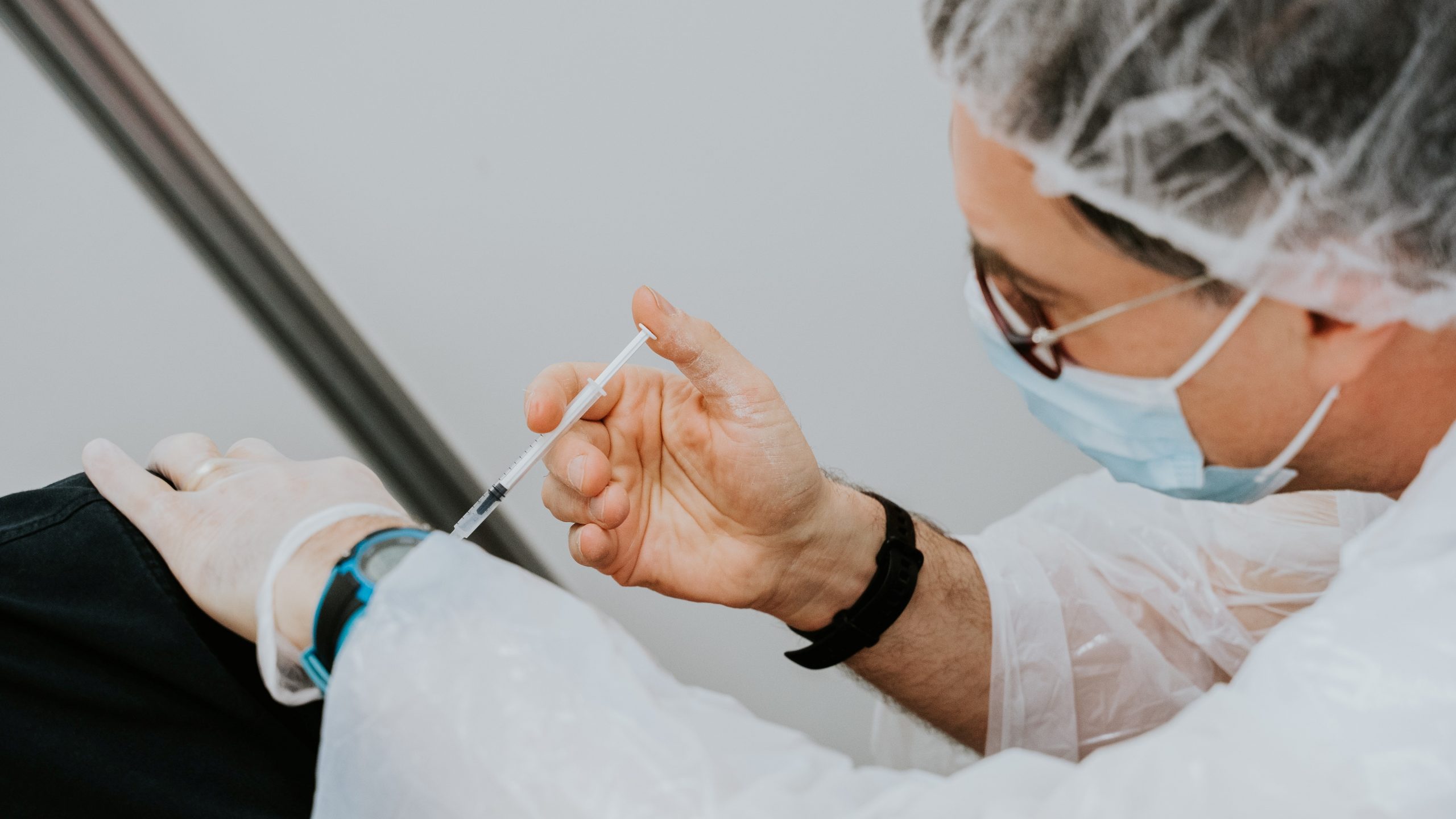 Under-40s can ask their GP for an AstraZeneca shot. What’s changed? What are the risks? Are there benefits?

Pfizer remains the “preferred” vaccine for Australians aged under 40, due to a small but real increased risk of a rare clotting disorder.

But last night Prime Minister Scott Morrison said younger Australians who didn’t want to wait could ask their GP for an AstraZeneca vaccine instead.

So far 29% of Australians have received a first dose of a COVID-19 vaccine, and 7% have had their second.

While Australia has low numbers of COVID-19 cases overall, outbreaks and lockdowns are causing significant disruption in our lives, prompting some younger people to seek out a vaccine.

In most states, people under 40 may have not yet been vaccinated if they’re not in a priority or high-risk group, as the national rollout is yet to offer Pfizer to under-40s.

But this statement from the prime minister opens up access to an AstraZeneca vaccine for anyone under 40 years.

The prime minister also announced an indemnity scheme to cover GPs who give the AstraZeneca vaccine to someone who has a severe adverse reaction. But the finer details of this new scheme, and what it covers, are not yet available.

The Australian Technical Advisory Group on Immunisation (ATAGI), a group of vaccine experts which advises the government, recommended on April 8 that Pfizer be the “preferred” vaccine for adults aged under 50.

This recommendation was based on a risk-benefit assessment at the time. The increased risk of the rare but serious clotting event following AstraZeneca vaccine in those under 50 years outweighed the potential benefit, given how much COVID-19 was circulating at the time.

However ATAGI said AstraZeneca could still be used in adults aged under 50 years where:

the benefits are likely to outweigh the risks for that individual and the person has made an informed decision based on an understanding of the risks and benefits.

ATAGI then updated its advice on June 17 to say Pfizer was the preferred vaccine for those under 60 years.

This increase in age recommendation was because new data identified a higher risk of clotting after AstraZeneca among 50- to 59-year-old Australians than had been reported internationally and initially estimated in Australia.

ATAGI reiterated on June 17 that AstraZeneca could be used in adults under 60 for whom Pfizer wasn’t available, where the benefits outweighed the risks for the person, and they made an informed decision.

if you wish to get the AstraZeneca vaccine, then we would encourage you to go and have that discussion with your GP.

there’s a preference for Pfizer up to the age of 60. But that preference is a preference. It’s a discussion for doctors to have with their own patients and work through their own risk and benefit in relation to that.

What should you weigh up?

Resources such as this decision guide can help you weigh up the potential benefits and harms for your circumstances, to make an informed decision about the AstraZeneca vaccine.

So, what are the side effects and more serious adverse effects?

The common side effects of AstraZeneca vaccination include fatigue, headache, body aches and fever and, rarely, anaphylaxis. These are most often after dose one and happen in the first two to three days after vaccination.

We know this because Australia’s active safety surveillance system, AusVaxSafety, has captured vaccine reactions in over one million surveys, including more than 350,000 people who have had a first dose of AstraZeneca.

The clotting condition which causes most concern is called thrombosis with thrombocytopenia syndrome, or TTS. This involves blood clots (thrombosis), often in places we don’t usually see clots, such as the brain and abdomen.

We still don’t know the exact mechanism of TTS, but it appears to be caused by an overactive immune response, which is very different from other clotting disorders.

The estimates of clotting risk associated with first doses of the AstraZeneca vaccine are listed in the chart below. New cases detected are updated weekly on the Therapeutic Goods Administration (TGA) website.

(Keep in mind, the risk estimates in the under-50s are based on a much smaller number of people who received the AstraZeneca vaccine compared to those over 50.)

The severity of illness due to TTS ranges from fatal cases and severe disease, which is more likely to occur in younger people, to relatively milder cases. In Australia, the overall chance of dying from TTS is 3-4%.

It’s not currently possible to predict who will develop TTS. The only risk factor for TTS identified right now is age – it’s much less likely to occur in older adults than younger people.

TTS appears to be far more rare following second doses, with data from the United Kingdom indicating a rate of 1.5 per million second doses.

So, if you are under 40 years old and want to get a COVID-19 vaccine the options are:

The best advice is to discuss with your GP your own unique story, and the risks and benefits as they relate to you.


A/Prof Wood is a staff specialist general paediatrician and Associate Professor and Sub-Dean (Postgraduate Research) in the Discipline of Child and Adolescent Health at the University of Sydney. He is also the Associate Ddirector at National Centre for Immunisation Research and Surveillance. He holds an NHMRC Career Development Fellowship. He leads the NSW Immunisation Specialist Service and coordinates the Immunisation Adverse Events Clinic at The Children's Hospital at Westmead. He is interested in maternal and neonatal immunisation, as well as research into vaccine safety and the genetics of adverse events.