Endovenous laser ablation has been rated as the most successful and cost-effective treatment for varicose veins over surgery and sclerotherapy, according to recent research.

In a UK randomised controlled trial involving almost 800 patients, researchers analysed quality of life questionnaires completed by trial participants five years after having their varicose veins treated via one of these methods.

“This large, multicentre trial … showed that in all three groups, quality of life five years after treatment was improved from baseline,” the study  authors wrote in The New England Journal of Medicine.

But there were important differences between the groups.

In particular disease-specific quality of life measures favoured laser ablation and surgery over foam sclerotherapy. And when the chance of being cost-effective was added into the calculation, laser ablation came out on top.

Unsurprisingly the quality of life scores closely correlated with whether the varicose veins had persisted or recurred at the five year mark.

“The differences in quality of ... 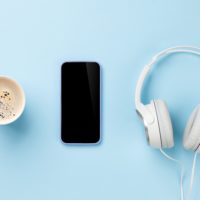 For your holiday listening, here is a collection of the most popular Dermatology podcasts hosted by Dermatology ...