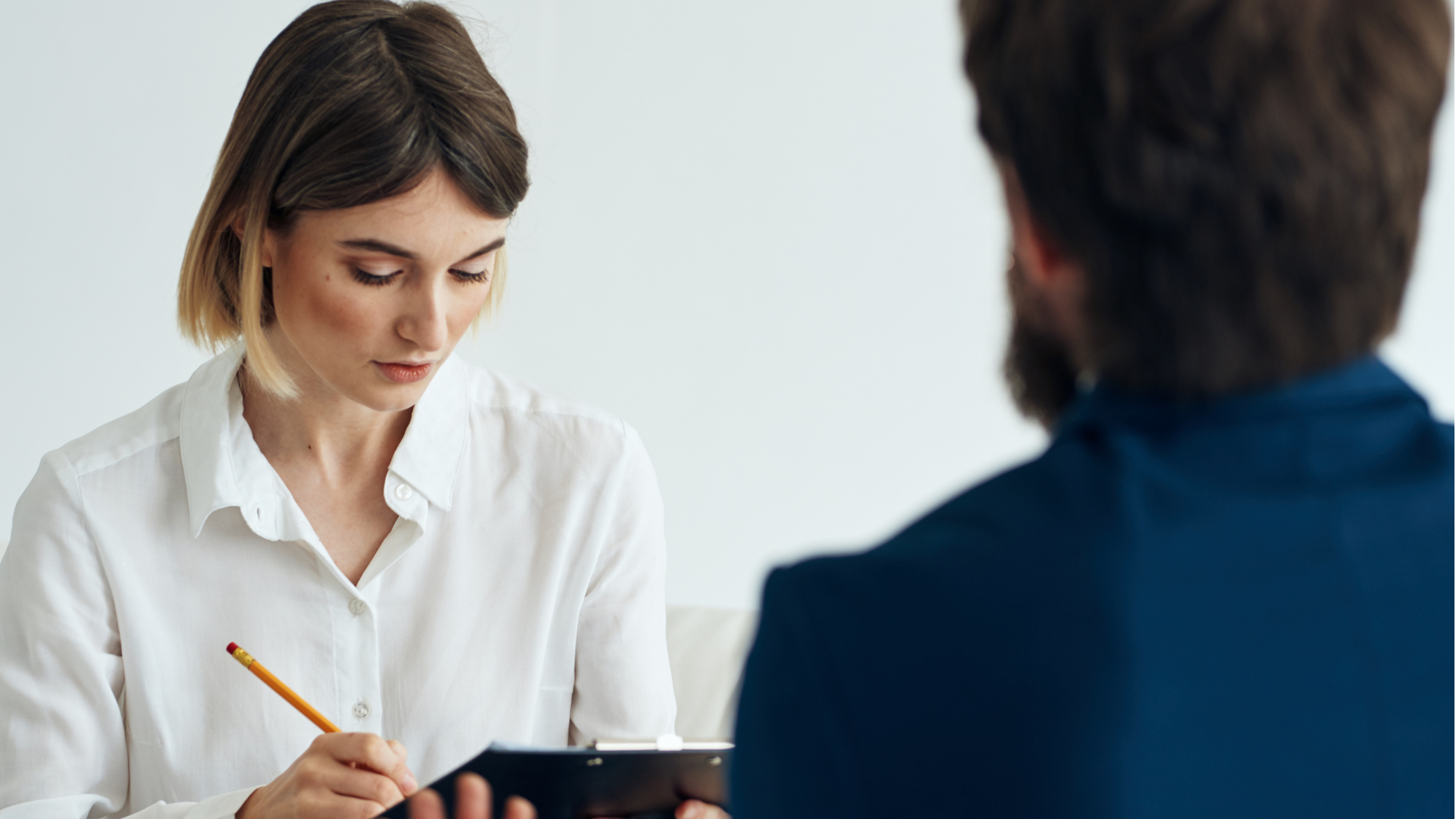 The impact of the COVID-19 pandemic on the mental wellbeing of Australians can be characterised with one word; disruption. The pandemic has caused overwhelming disruption to the status quo of almost everyone’s day-to-day life, creating unprecedented psychosocial and socioeconomic stress which is having a profound impact on mental health.

A recent Healthed survey showed that it has lead to significantly elevated demand for mental health care resources from GPs and their support staff. Over 400 written comments from these GPs clearly indicate that this disruption has affected the entire spectrum of society.

The deterioration in mental wellbeing manifests in many different ways, depending on the particular vulnerabilities of each individual and the environment in which they live – particularly the elderly, young people, those with pre-existing mental health issues, those in lower socioeconomic strata – the most vulnerable sectors of our society.

According to this recent online survey of over 900 GPs, about 88.1% reported that the demand for mental health related care had increased as a result of the pandemic. For almost half of the respondents (46%) this increase was thought to be moderate, but even more concerning was the 42% who believed the demand for mental health had greatly increased. 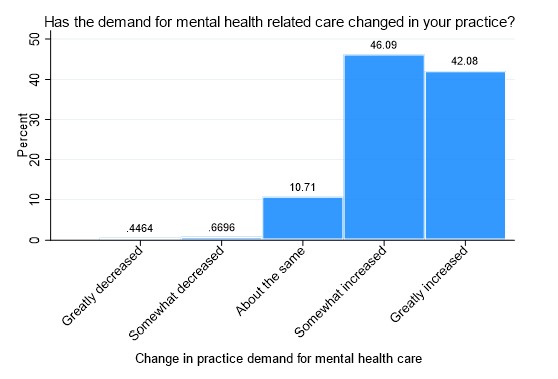 The survey went on to ask the degree to which the mental health of patients had deteriorated courtesy of the pandemic. The findings refute the notion that the increase in demand for GP services might simply reflect people’s desire for human contact as a counter to loneliness or a quest for reassurance about the disease or the vaccine which might have caused them some anxiety. 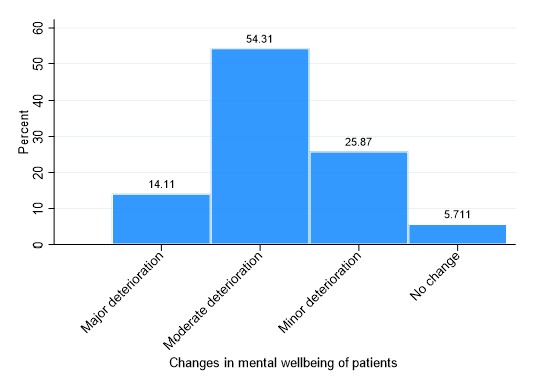 And doctors themselves aren’t immune either it seems. This same cohort was asked how they thought their colleagues had fared, mental-health wise, during the pandemic.

While it appears GPs might be more resilient than the general public, the survey showed the pandemic still had an effect.

The data revealed almost two thirds (69.8%) of the GP respondents believed the mental well-being of their colleagues had deteriorated courtesy of COVID.  In most cases (41.3%) this decline was classed as mild, but one in four GPs reported that they thought their colleagues’ mental health had suffered to a moderate or major degree.

“The results of the Healthed Pulse survey provide a troubling snapshot of the way COVID-19 has affected the lives of our GPs.” AMA Western Australia President, Mark Duncan-Smith, commented on the survey findings.

Moreover, with one in four GPs reporting significant deterioration in the mental wellbeing of their colleagues, we can see that our GPs are part of a larger ecosystem that can’t help but affect their own personal wellbeing.” 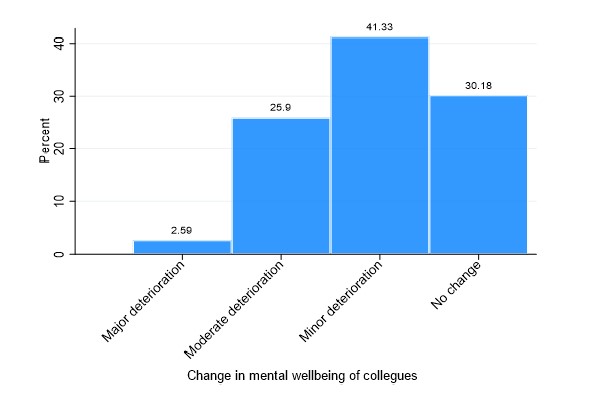 “Thankfully from a WA perspective, the State Government’s strict border controls, supported by AMA (WA), have been shown to be effective in lowering the demand for mental health-related care in comparison to the increased levels of deterioration in NSW and Victoria. Other states not subject to long-term lockdown have also been shown to have less harmful effects than those larger jurisdictions.” He continued.

Even though only 4% rated the deterioration as major, the findings are likely to be a source of concern for those charged with overseeing the GP workforce. Mental health well-being or the lack thereof is known to be closely associated with burnout and if the overseas experience is anything to go by, the fallout from widespread burnout could include more doctors leaving the specialty and even the profession prematurely. Food for thought.

“Ultimately though, we are all in this together as doctors, wherever we practise. It is in the interests of our patients and our GPs that all measures are put in place to alleviate the societal effects of the pandemic” said Duncan-Smith.

“Vaccination is clearly key to this. Furthermore, this global crisis proves that our mental health is intrinsically linked to our physical wellbeing, with appropriate resourcing vital to ensure good outcomes when major health challenges inevitably arise.” 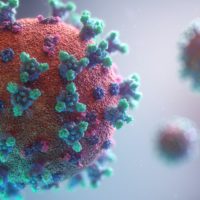